Triviality does not exist, except in some of man’s thoughts and actions. Everything is exceptional. Exploring the sensational reality of which we are a part, stretching over billions of light years, fascinates me more than anything else. Works of nature and man, seen with different eyes, prompt questions, a host of questions. And answers … threads of the invisible. The urge to explore and interpret the great reality, and capture inspiration in writing, has resulted in my artwork and my essay-like illustrated novel ‘Mai per caso’ (Never by chance), from the pages of which a question persistently emerges: ‘If I had a magic wand capable of fulfilling one single wish, what would that wish be?’ …in other words, what is the thing that matters the most in life? The ultimate goal? I cannot think of a more reasonable answer than that which dwells in the threads of the invisible… seen with different eyes.

Portraits that pry into nature, the human being and the universal context where everything manifests itself with mystery and allure. A sensational, often undetectable reality that transcends even the most vivid imagination. Research and interpretation are at the origin of my fine-art photography, which is accurately printed on canvas or paper using durable pigments, meticulously controlled and individually signed. 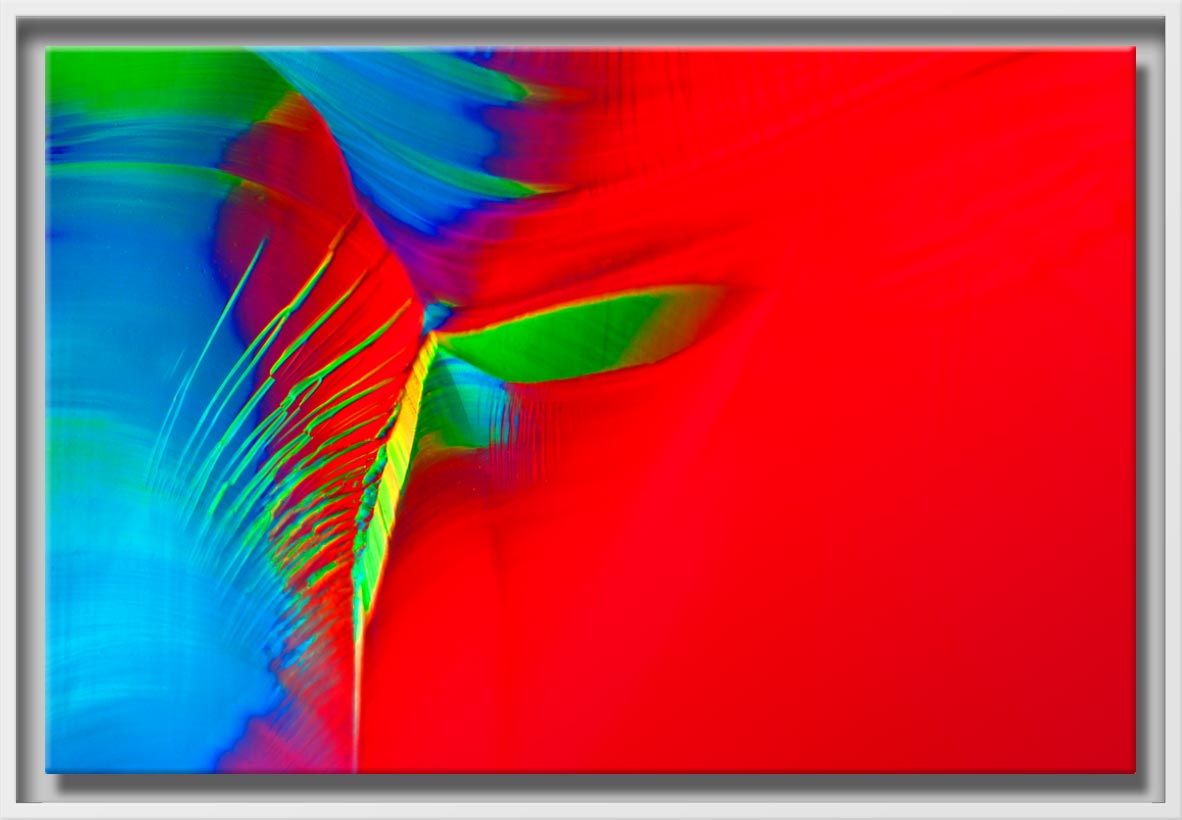 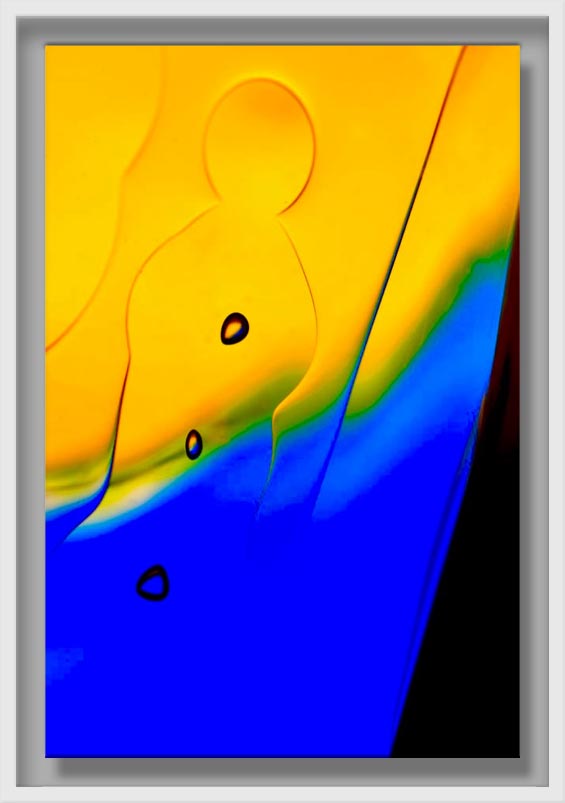 Printed on canvas or paper

Threads of the invisible 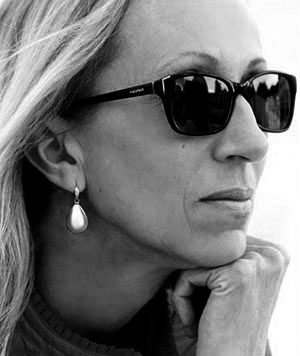 Antonella Oliana, lecturer in the History of Art

The ever-changing light with its reflections and shimmering hues, is the primary inspiration for Eugenio Tocchet’s artistic sensitivity. It is the recurring yet varying theme of his visions, and of his eagerness to capture nature beyond its merely objective reality.
Light and the many expressive possibilities of colour, including the allure of chromatic contrasts and harmony, are the foundations of original expressive and technical research that does not preclude, in fact embraces, the essential nature of black and white.


A fluid, changeable, dynamic universe thriving on shimmering reflections becomes the privileged subject of powerful prints that are only apparently abstract, in which what is micro takes on the significance of what is macro and images transform into perceptive sensations that flow freely from one point of the surface to another.
This is how reflections in the water, simple drops or airy bubbles capture the space of fine art that the author describes as ‘paintings done with a camera’; without resorting to digital manipulation, these fine-art prints are photos printed on canvas or paper, sometimes treated with a special protective resin.

This unique, painstaking process creates glimpses of a changing reality in which images emerge suspended between the visible and invisible, the tangible and transcendent, the finite and infinite. Through the selection of evocative details, a glass cup, a plastic bottle, a rusty sheet of metal or a broken piece of glass become milestones of a meaningful story, invisible at a passing glance, evocative of a different dimension.

Eugenio Tocchet’s viewpoint is inspired by curiosity, intrigued by the world and its multi-faceted reality, keen to capture the flow of shapes with the aid of instantaneous means, a glance that is charmed by the seduction of colours and their multiple expressive possibilities.

Photographic interpretation thus becomes a tool for achieving visual results similar to the effects of informal painting.
Painting is transformed into photography: the choice of pure, bright colours and lines that move like gentle waves from one end of the space to the other, produces unreal images, manifestations distinguished by bodiless rhythms and movements.
The power of colour leads us into an abstract, limitless dimension.

The result is a captivating journey, inside and outside reality, built on corresponding spatial rhythms and the brightness of colours; from the chromatic manifestation of the immaterial – with the wavy movement of the lines and the floating of the shapes – to the enlarged details of nature that capture its beauty and perfection. These photo-paintings explore the tiniest details of the pistil of a flower, the veins of a leaf, the kernels of an ear of corn.

It is a journey between micro and macro, physical and bodiless visions, chromatic movements and evocative signs. It invites us to dwell on things to grasp their hidden facets, to read between the lines of reality to see beyond appearances, and look with different eyes, those of thoughts and imagination.

Eugenio Tocchet is attracted by the unreachable universe of visual sensations and their inner reflection, he perceives the moods of the earth and the lightness of the air, is enchanted by the transparencies and depths of the sky, senses the poetry of water flowing and changing endlessly, second after second.

Of this ever-changing universe he grasps the deep significance of its dynamism and energy, captures the echoes of the absolute and essence while turning his eyes to details without losing sight of the whole picture.
The result is artwork in which colours are seen as the total experience of the imagination and the light becomes the iridescent trail of infinite vibrations, threads of the invisible.

This website uses cookies to improve your experience while you navigate through the website. Out of these, the cookies that are categorized as necessary are stored on your browser as they are essential for the working of basic functionalities of the website. We also use third-party cookies that help us analyze and understand how you use this website. These cookies will be stored in your browser only with your consent. You also have the option to opt-out of these cookies. But opting out of some of these cookies may affect your browsing experience.
Necessary Always Enabled
Necessary cookies are absolutely essential for the website to function properly. These cookies ensure basic functionalities and security features of the website, anonymously.
Functional
Functional cookies help to perform certain functionalities like sharing the content of the website on social media platforms, collect feedbacks, and other third-party features.
Performance
Performance cookies are used to understand and analyze the key performance indexes of the website which helps in delivering a better user experience for the visitors.
Analytics
Analytical cookies are used to understand how visitors interact with the website. These cookies help provide information on metrics the number of visitors, bounce rate, traffic source, etc.
Advertisement
Advertisement cookies are used to provide visitors with relevant ads and marketing campaigns. These cookies track visitors across websites and collect information to provide customized ads.
Others
Other uncategorized cookies are those that are being analyzed and have not been classified into a category as yet.
SAVE & ACCEPT
Powered by